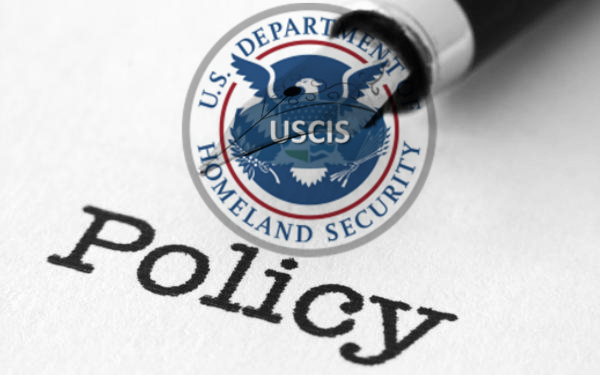 The EB-5 investment visa may be an employment based immigration category for permanent residence in the US, but it has long traversed far out of the realm of simple immigration. It has become alternative financing in a tangible way, with billions of dollars being invested into the US in major projects all over the country. As such, policy changes affecting the health (and wealth) of the investor should not be taken casually.

On June 14, 2017, USCIS published several important revisions to the USCIS Policy Manual. At the forefront are new vague provisions relating to the redeployment of the investor’s capital. With ever increasing delays in adjudication, redeployment of investor funds can potentially affect every EB-5 investor not just those investors from Mainland China under retrogression.

It is recognized that USCIS’s new provision relating to the redeployment of capital is a boon for developers, who will now have an opportunity to finance a second or third venture utilizing the same funds, without any additional marketing or legal costs and, importantly, without any real oversight. However, even with the best-intentioned developer, the potential for harm is immense resulting in a negative impact for investors and for the program. In fact, it could well be argued that in putting forth such provisions, USCIS has shown a blinkered vision endangering the program, exposing investors to a new vulnerability, opening the doors to litigation and fraud, and overreaching by USCIS.

IS RE-DEPLOYMENT REALLY REQUIRED UNDER THE LAW?

To simplify the position for those not fully cognizant of the nature of redeployment, it occurs when the investment capital, having been returned to the developer, is re-invested in another project. An example of how re-deployment can work is as follows: An Assisted Living home utilizes EB-5 money. The project takes only 14 months to construct and another 6 months to become operational. Within 3 years this project is not only operational, but has also created the required jobs and is in a position to be able to be sold or refinanced. The developer receives a generous offer from a buyer that would be foolish to refuse. In the meantime, the EB-5 investors have only just received adjudication of their I-526 petitions without obtaining their conditional green cards. Now the issue is, should the developer hold onto the investor’s money (recently returned through the sale of the property) or should the developer place it into a safe interest-bearing account, or re-deploy this money in a new Assisted Living Home project. According to USCIS, even though the investors have fulfilled the requirements for a conditional (and permanent) green card, their money must now be put at risk again.

At the I-829 stage, the law is clear. In order to remove the conditions on the green card, the investor is required to show that the requisite jobs have been created and that investment has been sustained but not necessarily “at-risk”. The “at risk” requirement is necessary for the I-526 stage.[1]  8 CFR §204.6(j)(2) is the only reference to the “at risk” provision, requiring the investment to be at risk for the purpose of generating a return on the capital. The status is reiterated in the precedent decision, Matter of Izummi,[2] which defines at risk as requiring a chance of gain and risk of loss, and requiring the capital to go to the job creating entity to create the jobs.

There is NO REFERENCE in the statute, regulations or precedent decisions that requires the capital to be at risk after the jobs have been created and certainly not at the I-829 stage. It can be inferred, therefore that it was not the intention of Congress to install a further level of risk at this stage.

REDEPLOYMENT UNDER THE NEW PROVISIONS COULD HAVE DISASTROUS CONSEQUENCES:

It is evident from the Policy Manual that USCIS does not have just smaller regional center projects or direct pooled projects in mind, but is considering that the larger projects would be affected as well. We are thus considering the redeployment of billions of dollars.

If a developer is allowed free reign to re-deploy funds after the jobs have been created but before the money can statutorily be returned to the investor, the following questions arise:

As argued above, the at-risk element is not required at the I-829 stage. Nonetheless, should the situation arise that redeployment is constitutionally and statutorily necessary, what possible safeguards could be erected?

A solution to the dilemma posed by these proposals is to enforce re-deployment by application only: Once it is clear that capital will be available for re-deployment purposes, the regional center or project should be required to apply for permission to re-use the money. The use of the money would be monitored under strict standards. It is also suggested that if the developer or RC do not have an immediate project in which to deploy the funds, they be allowed to lend it to an alternative regional center. USCIS should create a mechanism for the application which would answer all the insecurities. This application would be shared with the investor and placed far in advance of the maturity of the exit.

The reference in the policy guidelines to infrastructure and bonds, do suggest that USCIS are considering such an eventuality. However, infrastructure projects would have a far longer turnaround, again unfairly holding back the investor’s money.

Finally, it is argued that the proposals offered by USCIS are overreaching. Even if well intended, the proposals do not strengthen the integrity of the program, rather weaken it. The policy on re-deployment simply goes too far and places too much authority over the program in the hands of USCIS. At the same time, ignoring business realities. Congress must insist on agency accountability, transparency and efficiency. These proposals raise numerous questions concerning how, by whom and according to what standard post I-526 activity is governed. The proposal that USCIS administer these added functions improperly conflates the positions of adjudicator, prosecutor, and judge into one, and gives no regard to the due process protections that must be afforded to the investors and other interested parties.

Above all, it should not be forgotten that in a short period of time, EB-5 has accomplished a tremendous amount, bringing billions of dollars into the United States for the primary benefit of the citizens of the United States.

Highly proficient and recognized as an industry leader in EB-5 law, Mona has received many accolades for her work, including voted top 25 EB-5 attorneys in the US three years in a row; Top Lawyer by Who’s Who International and as a ‘Top Attorney of North America’. Mona is an adjunct professor at Baruch College, City University of New York.

Mona has extensive knowledge of all facets of U.S. immigration law; her expertise ranges from specialist business petitions to complicated, multi-issue federal deportation litigation before the US Courts of Appeal.

Mona has authored numerous articles and is the author of a published book for investors; she regularly speaks at seminars worldwide, has been interviewed by mainstream news channels, and quoted in major newspapers. Mona is a member of the Leadership and Public Policy Committees for IIUSA.

Mona was admitted as a Solicitor of the Supreme Court of England & Wales in 1993, and to the New York Bar and the United States Federal Bar in 1997.