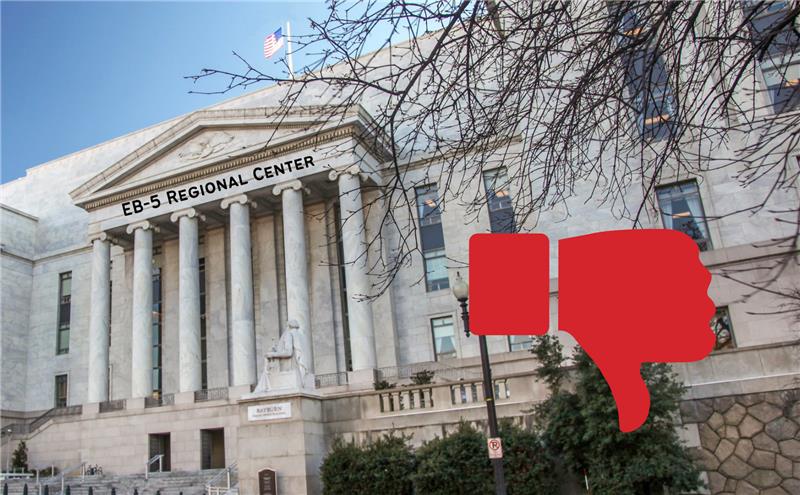 As predicted, we will not see the reauthorization of the Regional Center program this year. The earliest possible date is February 18, 2022, as it is likely to coincide with the proposed continuing resolution. The bill to re-establish the EB-5 Regional Center is possibly too controversial and definitely too small to survive an entire legislative process on its own. The bill must be attached to some bigger “must pass” legislation.

What is a Continuing Resolution?

Issues such as federal funding and activities can be a point of contention between the Democrats and Republicans. When both parties are unable to reach a consensus on their annual spending bill, Congress will pass what is called a Continuing Resolution (CR). A CR is a legislative vehicle which allows the government to remain open without a new spending plan by extending its current budget allotments.

Today, the House passed a Continuing Resolution (CR) to fund the government, just one day shy of their deadline of December 3. After Democrats and Republicans failed to reach a bipartisan consensus regarding government spending for Fiscal Year 2022, the House passed this temporary CR legislation which upholds current funding levels through February 19, 2022. In other words, the passage of the CR would avoid a government shutdown set to occur this weekend and keep vital programs and offices, such as USCIS and Direct EB-5, operational until mid-February. All eyes now turn to the Senate, who have until the end of Friday, December 3 to pass the CR legislation.

Many members of the EB-5 community were hopeful that this December 3 deadline would have pushed Congress to enact a wide range of bureaucratic legislation, including EB-5 reform and the reauthorization of the Regional Center program.

Could Regional Center reauthorization be pushed beyond Feb 2022?

The program’s authorization has lapsed before, but it has never taken this long to be reinstated. The current pause has led to frustration and anxiety among investors. A lot of work is being done within the industry, and while many EB-5 stakeholders are optimistic that Regional Center program could be restored early next year, politics is an impossible lion to tame. It is certainly possible that the program expiration is pushed even further. As one commentator states: “DHS appropriations is customarily the last of the appropriations bills passed, and when you look at the historical passage of DHS appropriations, March 2022 is the most likely time frame. We would be delighted to have a EB5 reform bill with increased numbers pass as a part of DHS appropriations–but our 20 years experience of covering the immigration legislative dance leads us to conclude that the current EB5 reform effort will likely come to naught and do so painfully slowly.”  (Sam Udani Editor ILW)