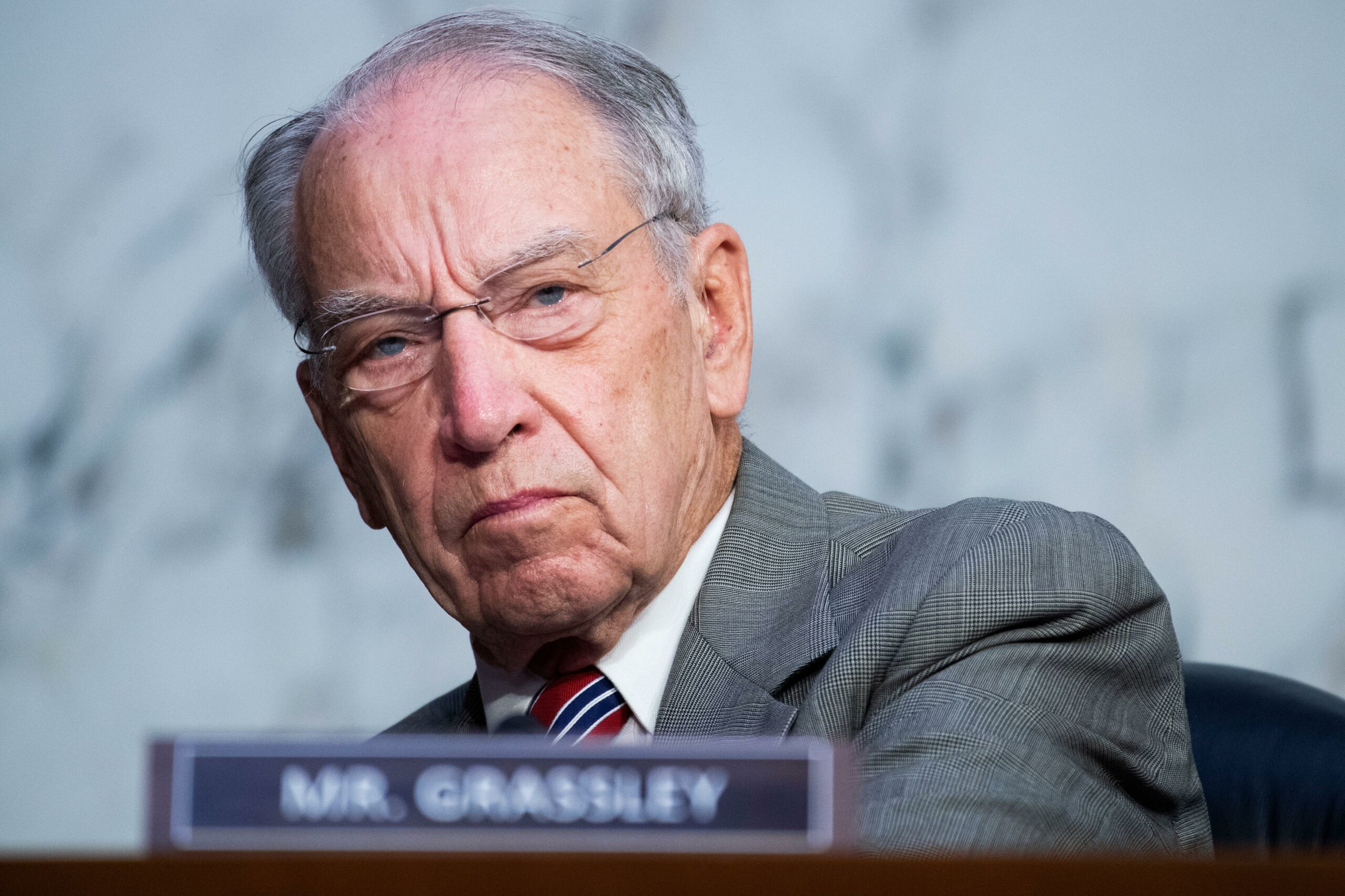 Since 2015, this blog has published multiple articles and opinions relating to the introduction of legislation and regulations for much needed reform to the EB-5 program – a program that has been a victim of its own success. Various factions within the industry have lobbied long and hard, mostly in opposition to Iowa Senator, Chuck Grassley. Often the maverick, well versed in the esoteric parlance of the EB-5 program, determined to stamp out the ugly while leaving the good and some of the bad; Senator Grassley made no attempt to hide his delight at the implementation of the 2019 regulations. These Obama-era regulations, adopted under Trump, increased the minimum investment amount from $500,000 to $900,000 and redefined what could be considered a TEA (targeted employment area). Additionally, under these regulations, the required investment for non-TEA projects ballooned to $1,800,000: with the hope being that this differential would be sufficiently steep to divert funding away from the “big city, big moneyed” projects that have so consistently drawn Senator Grassley’s ire.

“…Rampant and abusive gerrymandering of the EB-5 program’s targeted employment areas has undermined congressional intent. Instead of channeling investment to rural and high unemployment areas, EB-5 has become a source of cheap foreign capital for big city, big moneyed interests. The targeted employment area reforms in the proposed rule would take a first step towards refocusing EB-5 investment in the way that Congress originally intended…Unfortunately, multiple bipartisan efforts in Congress to reform the EB-5 program have been consistently stymied by powerful special interest groups and big moneyed interests. That makes the publication of these EB-5 reform rules even more important.” Chuck Grassley, September 2019.

Despite widespread opposition and lawsuits, the 2019 regulations appear to have held firm. In September 2019, Senators Grassley and Leahy introduced the first version of the present bill.

“I have partnered with Senator Grassley for years to clean up the EB-5 program. We successfully worked with both the Obama and Trump administrations to take important administrative steps to promote integrity and end the abuse of investment incentives that have plagued the program. But the Department of Homeland Security cannot fix all of the EB-5 program’s flaws on its own. We are hopeful that Congress will finally take decisive action to address the fraud and other vulnerabilities that have come to define this program. Our bill would do just that.” Patrick Leahy (D-VT).

Fast forward to March 2021, in a subdued, post-COVID atmosphere, Senators Grassley and Leahy have re-introduced their bill: The EB-5 Reform and Integrity Act of 2021, with amended language and a few compromises: “It’s no secret that the EB-5 Regional Center Program has been a mess for years. Foreign investors exploited the program to get fast-tracked green cards, domestic developers exploited foreign investors to get fast cash for bogus projects and government officials picked winners and losers to score political favor. This has got to change. The Obama and Trump administrations took important steps to restore incentives for investment in rural and truly underserved areas, but Congress must act to fix other flaws that invite fraud and abuse. Our bill corrects the many defects in the current program and improves accountability so that it functions as Congress intended.”   Senator Chuck Grassley, 2021.

Pertinent Details of the Bill:

As the title of the bill denotes, it includes “significant integrity reforms to protect against fraud and national security weaknesses within the program, promote program integrity and improve oversight of the program.”[i]  Most importantly, it reauthorizes the EB-5 Regional Center Program for another five years, through 2026, which at this juncture is critical. While the bill has not elicited unanimous approval, it has achieved bipartisan congressional support as well as support from a large majority of EB-5 stakeholders. There is universal relief (though not jubilation) for the long-term authorization, which falls short of the goal of permanent authorization.

There is almost unanimous approval for the reforms intended to protect investors and bolster the credibility and resiliency of the Program. Many of these reforms require additional oversight and transparency by Regional Centers and their sponsored EB-5 projects, including mandatory five-year recordkeeping, fingerprinting and background checks of principals and implementation of five-year audits and site visits. Additional sanctions are imposed for failure to comply with these requirements, such as fines, suspensions and termination.

A “bona fide actors” provision has been present since the 2015 versions. This precludes involvement by any person previously convicted or found liable in fraud or other criminal activities, barred under immigration laws or other similar activities. This requirement is analogous to the “bad actor” disqualification of the JOBS Act, which applies to unregistered securities offerings relying on Rule 506(b) or Rule 506 (c) (as most EB-5 investment offerings are), though far more expansive and exclusive. Further, a separate section precludes persons who are not U.S. nationals or permanent residents from owning or acting as an administrator of a regional center, NCE or JCE. The Bill further clarifies that EB-5 investment offerings fall squarely within the jurisdiction of the Securities and Exchange Commission (SEC), though this has been thoroughly established by the Commission itself.

The bill creates an “EB-5 Integrity Fund,” which is financed by increased annual regional center fees as well as a new $1,000 fee paid with each I-526 petition filed. The funds will be used for project site visits, audits, investigations and other monitoring of projects and regional centers.  Interestingly, the fund is also set aside for investigations outside the US, examining program-related events and promotional activities.

The bill promotes transparency for all transactions by prescribing rules and standards for direct and third-party promoters, including migration agents to oversee the promotion of EB-5 offerings. There will be a disclosure reflecting all fees and other compensation paid to any person including agents, finders, or broker-dealers. The new rules may include amongst others, registration with USCIS and a certification of compliance, describing permissible fee arrangements under securities and immigration laws.

Protection Given to Investors

The bill gives good faith investors protections through the regulation of regional centers and EB-5 projects. In addition, the bill allows room for delays through, for example, external factors such as COVID delays.  A key portion of the bill states that if the required jobs are not all created at the time of filing the Form I-829, investors will have one additional year to create the remaining jobs. If the additional year is needed, the investor’s capital also must be invested during that time. In addition, the bill requires independent fund administrators for the NCE, JCE, or regional center, serving as a cosignatory to all separate accounts.  If not, an annual independent audit must be conducted on the entities and must be provided to the Government and the investors.

Further, the bill allows defrauded investors to retain the priority date from their original filings and prevent age-out concerns, rather than punishing the investors for the sins of the regional center or project. Concurrent filings would also now be permitted, giving investors the opportunity to pursue their adjustment of status far earlier than allowed now.

Along with priority date retention, the bill adds age-out protection for children of investors. The relief granted from the current adjudication delays has been the most welcome provisions of this bill. Concurrent filing of EB-5 petitions and adjustment of status applications will now be permitted in cases of immediate visa availability. There are other changes such as the requirement of 7 years of tax returns, an expansion of the definition of capital and a good faith requirement for gifted and loaned funds.

Under the present rules, all direct construction jobs are excluded from the job count for construction projects lasting under 24 months. The Integrity Act allows for additional direct job creation in this context. Although, only a portion of the direct jobs will be attributed to the job count, it provides projects and investors the ability to increase EB-5 related job numbers.

Since 2015, the manifold attempts at reforming EB-5 have all failed. Today, much of the opposition to the present bill stems from a fear of finality, mostly towards the investment levels, the differential between the investment levels and the way investment levels are increased. While some may express frustration at the increased burden placed on regional centers and EB-5 projects, the truth is that the fraud and scandal that has plagued the EB-5 Program over the past few years has damaged its reputation. The “at risk” element of the program calls for greater integrity. This bill underscores the importance of investor protections and regional center oversight and attempts to eliminate unfair repercussions for circumstances beyond the investors’ control. With this bill, it is anticipated that the US’ popular golden visa program can experience a resurgence.

*Mona Shah, Esq. U.K. born and a former British Crown Prosecutor, Mona has over 28 years of legal experience with extensive knowledge of all facets of U.S. immigration law. Recognized as one of the industry leaders in EB-5, tackling complex issues, Mona has received many accolades for her work, including being voted a top 25 EB-5 attorney in the U.S. seven years in a row; top Global Migration Lawyer (U-Global), Top lawyer by Who’s Who International; and Top attorney of North America. A part-time adjunct professor at Baruch College, Mona is also a published author, and Lexis Nexis Practice Editor. Mona regularly speaks worldwide and has been interviewed by mainstream news channels, including Fox Business News and Al Jazeera, and quoted in major newspapers, including the New York Times, Bloomberg and Axios. Mona hosts and produces Global Investment Voice Podcast series (145+ episodes). MSA have worked with the top echelon within the industry and have been instrumental in the success of numerous projects. Marketing overseas for many years, MSA have successfully raised millions of dollars in investor capital.