Legislative Update: The Behring Regional Center’s Lawsuit to Bring Back The Minimum Investment of $500,000 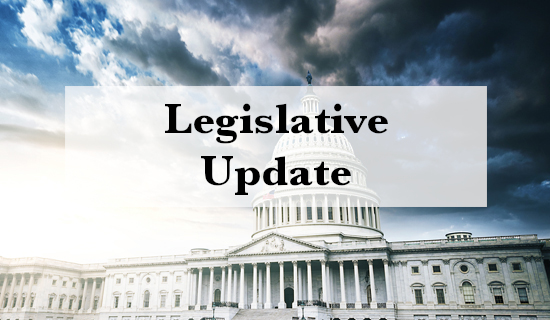 Legislative Update: The Behring Regional Center’s Lawsuit to Bring Back The Minimum Investment of $500,000

The latest position in Behring Regional Center v. Wolf, Case No. 3:20-cv-09263 (N.D. Cal), has caused considerable misleading conjecture and rumors on online blogs. A popular Chinese blog has gone as far as far as to predict the outcome of the case, suggesting that it would inevitably lead to a lowering of the investment amount from $900,000 to $500,000 and would thus result in longer wait lines for Chinese investors. While this statement is misleading, there has been speculation that the case may have merit. This was until Secretary Alejandro Mayorkas ratified the Final Rule, as discussed below.

In December 2020, Behring Regional Center filed a motion for preliminary injunction against DHS in the US District Court for the Northern District of California[i] to block the implementation of the new Regulations (the EB-5 Modernization Rule) that went into effect on November 21, 2019.

In order to be granted this equitable relief, the Regional Center has argued that it is likely to succeed on the merits of its claims, which allege that: DHS violated federal law by issuing an arbitrary and capricious rule; it failed to examine a regulatory flexibility analysis; the department exceeded its statutory authority in designating TEAs; and, most importantly, that the EB-5 Modernization Rule violates the Administrative Procedure Act because acting DHS officials had no legal authority to enact the Rule.[ii]

While many of the arguments put forward by Behring bear semblance to the arguments that were advanced by Florida EB-5 Investments Regional Center in their December 2019 complaint[iii], Behring’s action goes a step farther by challenging the authority of the DHS officials who implemented the 2019 Regulations. The action also abandons the argument that the new TEA designation requirements are violative of 10th Amendment and effectively usurp power from the states. Instead, it chooses to claim that DHS does not have authority to create standards for TEAs and that the new TEA standards run afoul of the plain language of the statute since TEAs have been defined “in a way that contradicts the plain meaning of the INA”.[iv]

The final claim in Behring’s lawsuit alleging the lack of authority has been a dominating topic in webinars, chats and blogposts. This is because the EB-5 Modernization Rule was proposed under the then acting-Secretary Kevin McAleenan and was issued by his successor, DHS acting-Secretary Chad Wolf – both of whom have since been found by multiple federal courts[v] as well as the Government Accountability Office (GAO)[vi] to be improperly appointed during the tenure of the Trump Administration. The argument states that since DHS did not follow the lawful order of succession for appointing the Acting Secretaries, they did not have the proper authority to issue the Regulations. The judge in the case has requested to hear more on the claim, resulting in renewed stakeholder speculation that the Regulations may be overturned.

With the Behring lawsuit still ongoing, investors who missed out on the opportunity to file under the previous amount of $500,000 have been nervously waiting and watching. However, with Secretary Alejandro Mayorkas – the current lawfully appointed Secretary of DHS – ratifying the 2019 Regulations on March 31, 2021 “out of an abundance of caution”,[vii] the likelihood of the investment amount being reduced to earlier levels has almost vanished. In ratifying the 2019 Regulations Secretary Mayorkas went on to cite a 2019 decision[viii] of the U.S. Court of Appeals for the District of Columbia where it was held that “…a properly appointed official’s ratification of an allegedly improper official’s prior action … resolves the claim on the merits by remedy[ing] the defect (if any) from the initial appointment”. Such ratification goes on to show that there is bipartisan support for the current Regulations, with little to no political appetite to reverse the implementation.

Potential Effects of the Lawsuit

The increase in the minimum investment level allows investors to fund their own direct EB-5 project with a reasonable amount of capital, rather than attempting to operate a business with $500,000 – a nearly impossible feat when considering the cost of employing ten full-time employees. The increased investment provides more opportunities for investors to pursue entrepreneurial EB-5 projects instead of joining large, pooled funds. Furthermore, reverting back to the earlier Regulations would not only disadvantage all of the investors that have invested at the higher threshold, but also give an appearance of an unfair and unstable Program that waivers due to administrative blunders.

The case also presents concerns regarding EB-5 securities offerings, which routinely rely on Safe Harbors to avoid registration with the Securities and Exchange Commission (“SEC”) under the Securities Act of 1933. Offerings require information relating to immigration and EB-5 requirements, and ongoing offerings would need to be overhauled or else indefinitely halted should the 2019 Regulations be overturned. A securities offering cannot be provided to potential investors if the information and disclosures are incorrect or outdated, and thus all pre-existing offerings would need to be amended to include the pre-Regulation investment amount, TEA analysis procedures and economic methodologies. Similarly, if the Regulations were later re-enacted (as is reasonably expected, considering Alejandro Mayorkas’s recent ratification of the 2019 Regulations), the offering would need to be amended yet again!

While it is true that there was a 95% drop in new EB-5 filings since the implementation of the EB-5 Modernization Rule – given the initial uncertainty with the TEA designation process and the increased investment amount – it is undeniable that the occurrence of COVID-19 also takes a large share of the blame.  As it currently stands, many industry leaders are in support of all efforts being directed towards passing the recently proposed EB-5 Reform and Integrity Act of 2021[ix] to ensure the reauthorization of the Regional Center program. Stakeholders are being encouraged to consider advocating for change by proposing legislative changes instead of litigating to achieve unlikely outcomes.

Christina Dilbone, Esq. is an associate attorney with Mona Shah and Associates Global. She works with EB-5 non-public offerings, SEC compliance, and foreign direct investment (FDI) matters. Christina received her J.D. from the University of Florida and is a member of both the New York Bar Association and the Florida Bar Association.

Mohit Karwasra is a dual qualified attorney with a background in commercial dispute resolution Mohit received his LL.M. from Fordham Law School and BBA-LLB from Symbiosis International University. Mohit currently focuses on different aspects of EB-5 petitions as well as offerings for Mona Shah & Associates Global.