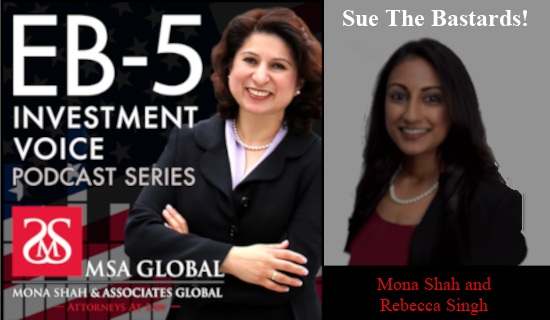 Mere hours before USCIS’s listening session on the EB-5 Reform and Integrity Act of 2022 (“RIA”), the agency announced the bombshell decision that all Regional Centers, including previously designated Centers, will not be allowed to file any new petitions until recertification has been approved. The new regulations, as well as an unfruitful listening session, have resulted in several EB-5 stakeholders calling to “Sue The Bastards!” Mona and Rebecca discuss all the latest new developments and more in this episode.