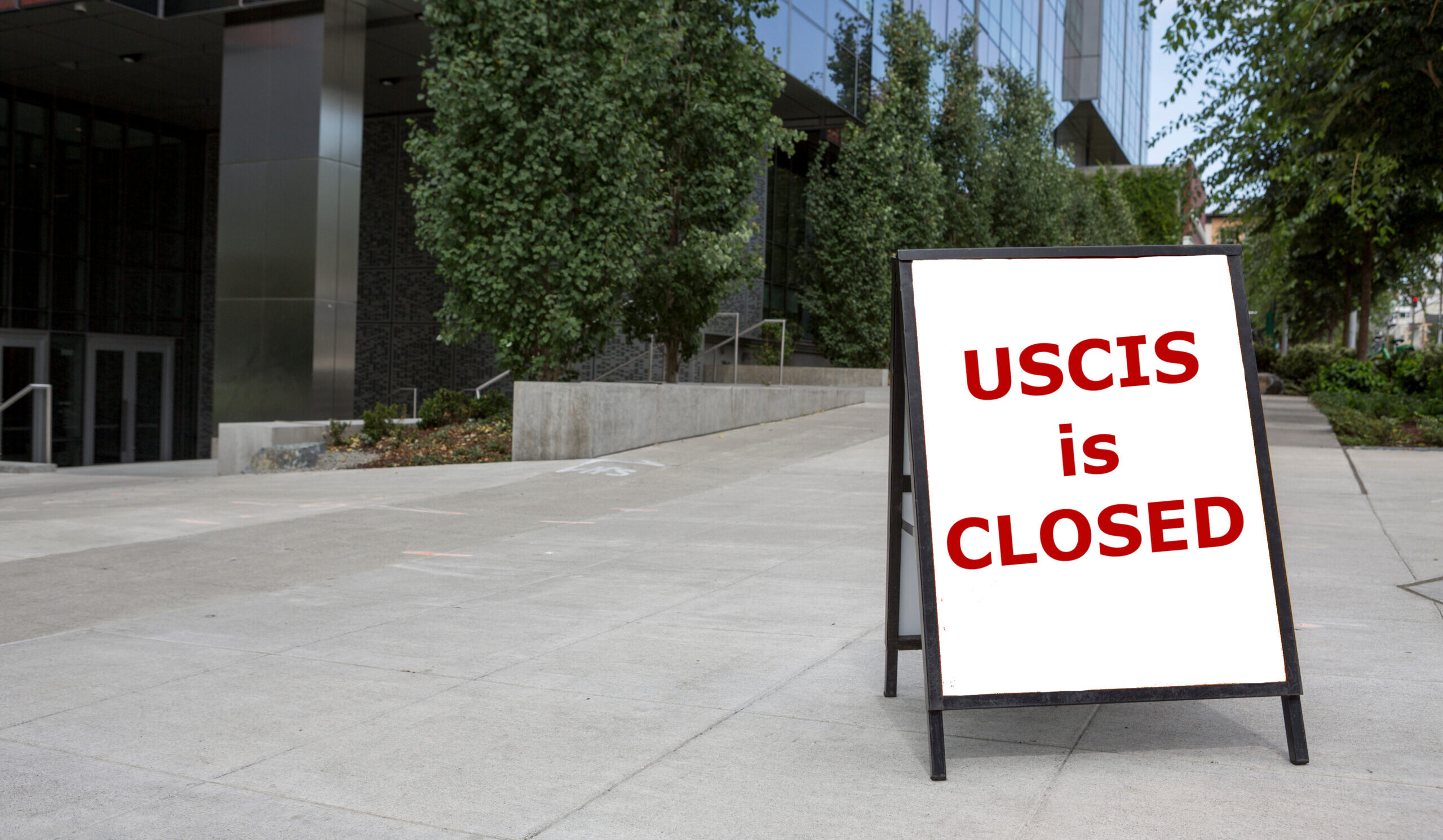 U.S. Citizenship and Immigration Services (USCIS) announced yesterday, August 25, 2020, that the threatened furlough of over 13,000 employees, which was previously delayed from August 3rd to August 30th, has now been averted entirely.[1] The Service was previously awaiting emergency funding from Congress in the amount of $1.2 billion in the form of a new stimulus package before calling off the planned furloughs, but has now made the move despite receiving no congressional funds (see our previous article here for more on this[2]). Was USCIS using the threat of furloughs to force the hand of their Congressional counterparts?

In the public statement, USCIS Deputy Director for Policy Joseph Edlow asserted that: “averting this furlough comes at a severe operational cost that will increase backlogs and wait times across the board, with no guarantee we can avoid future furloughs. A return to normal operating procedures requires congressional intervention to sustain the agency through fiscal year 2021.”

This sentiment, which has been touted by USCIS since earlier in the year, has been met with skepticism and disbelief from stakeholders and lawmakers on both sides of the aisle. While some are concerned that the furloughs would take a massive toll on local and state economies where USCIS offices are located and employ up to 1,000 individuals each, others are furious to find that in fact, these temporary furloughs were not even financially necessary. IIUSA recently reported that in fact, USCIS filing fees for employment-based applications increased by 4.65% in the first half of this year while filing fees from family-based cases was also up by 19.52%.[3] Further discussion of the congressional hearing on these findings and the lacking oversight of the Service is available in a recent MSA podcast here.[4]

This was made public in a letter from Bennie Thompson (D-Miss.) and Kathleen Rice (D-N.Y.) to Mr. Edlow and Chad Wolf, the U.S. Secretary of Homeland Security.[5] In the letter, the representatives stated that they now: “understand that a recent re-evaluation of USCIS’ carryover indicates that it has adequate resources to continue operations through the end of the fiscal year,”(emphasis added)  further noting that the Service has now reported revenues of more than $800 million in excess of what was originally anticipated. They further admonish the Service for its continued intention to furlough employees even in the face of this new information, emphasizing how these furloughs would “cripple operations and cause significant hardship for thousands of dedicated employees and their families.”[6]

In spite of these revelations, the House unanimously passed the “Emergency Stopgap USCIS Stabilization Act” (HR 8089)[7], a bill approving the provision of emergency funding to USCIS and increasing existing application fees.[8] Whether this bill will make it through the Senate remains to be seen, though the available evidence portraying the Service’s increased revenues is uncontested. What is clear is that USCIS appears to be playing political games with the lives of their dedicated employees in an attempt to garner congressional support and additional funding.

Sharvari Dalal-Dheini of the American Immigration Lawyers Association (AILA)  stated in response to these recent developments that: “[n]ot only would the furlough have harmed the wellbeing of more than 13,000 USCIS employees—it would have also essentially shut down the agency’s operations, bringing the immigration system to a grinding halt and adding to the already crisis-level processing backlog. Rather than making the decision sooner, USCIS used its employees’ livelihoods and the immigration system as political pawns.”

He goes on to further cite the Service’s current situation as a direct result of: “gross mismanagement and policies that have made USCIS functionally unable to execute its mission of fair and efficient adjudications.” Mr. Edlow’s statement provides no indication that this mismanagement will cease, warning that future furloughs may still take place and cutbacks will be necessary without congressional funding, virtually promising that increased backlogs and wait times are imminent.[9] While USCIS employees and applicants/petitioners await a resolution with bated breath, the Service will continue to be held accountable for its actions and advocacy for de-politicization will endure.

Christina Dilbone specializes in EB-5 investments, private securities offerings and source of funds documentation. Her experience includes working in immigration law and international development within both law firms and intergovernmental organizations. Christina previously worked at the International Peace Institute (IPI) and was recognized for her pro bono work at the International Development Law Organization (IDLO)’s United Nations Permanent Observer office in New York. She graduated from the University of Florida’s Levin College of Law in 2019 and is admitted to practice law in Florida.