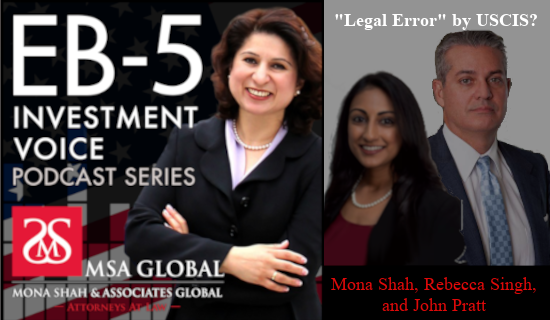 It’s been nearly three months since Congress reauthorized the Regional Center program, yet all Regional Centers remain uncertified with no new petitions filed. Two lawsuits have been brought up against USCIS, alleging economic harm and misinterpretation of the statute by the agency. In this episode, Mona and Rebecca are joined by John Pratt, Esq. (Kurzban, Kurzban, Tetzeli & Pratt) to summarize and analyze the pending lawsuits and ramifications of their rulings. Listen below as the attorneys discuss everything from Congressional remarks, the effect on investors, what choices Regional Centers have, and more.