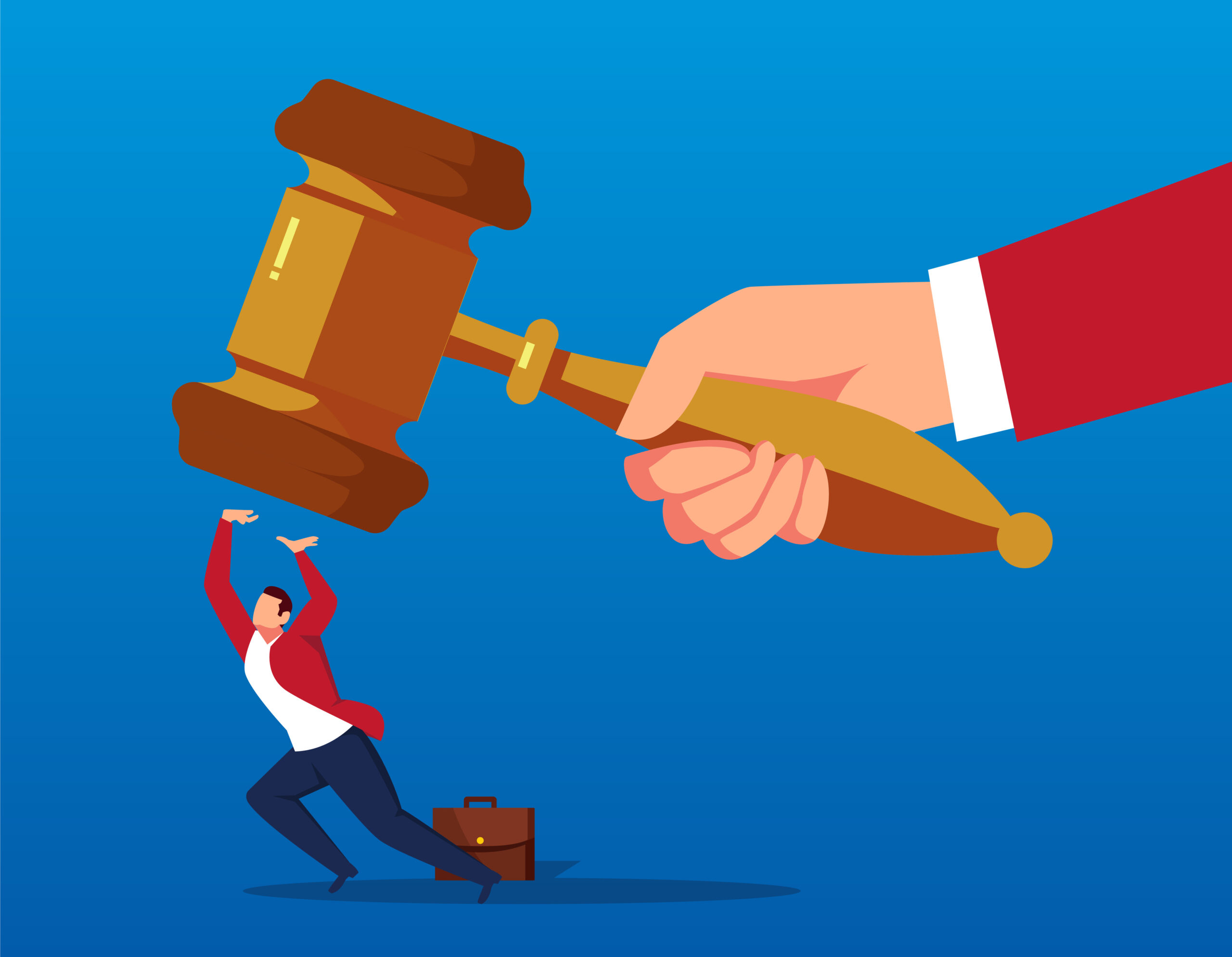 Today, Federal Judge Vince Chhabria heard arguments from USCIS and Behring Regional Center regarding the EB-5 Reform and Integrity Act of 2022 (“RIA”). USCIS claims that RIA requires every Regional Center (“RC”) to undergo a new recertification process – thus is withholding adjudication on any RC-petitions until recertification is complete. EB-5 stakeholders are concerned that USCIS’ actions may take many months (if not longer) to complete. By preventing new business, USCIS is causing irreparable economic harm. After nearly one year without a functioning RC program, investors and developers alike have even called to “Sue The Bastards!” – which is exactly what several RCs (including Behring Regional Center) did.

After two rounds of hearings and briefs submitted from both sides, Federal Judge Vince Chhabria has acknowledged both that it is a “stretch” that Congress “plainly intended for [RCs] to continue to be authorized,” but also that “[USCIS] may have committed legal error by being way too quick to assume that the language [of RIA] means that Congress requires us to treat the RCs as having been deauthorized.”

Read a full report of the pending lawsuits against USCIS below.

The first lawsuit was filed on April 22, 2022 by Behring Regional Center (“BRC”), represented by Greenberg Traurig, LLP. BRC claims that USCIS is acting unlawfully by nullifying all RCs, a policy which the plaintiffs state “is designed only to delay new applications.”1 To avoid further hinderances to RC developers and investors, BRC is seeking a temporary restraining order which prohibits USCIS from deauthorizing all RCs. The District Court for the Northern District of California, where the lawsuit was filed, heard initial arguments from both sides on May 10.

BRC claims USCIS is improperly interpreting and executing RIA, thus causing irrevocable harm to their business. By requiring all RCs to go through a vague recertification process and withholding any new RC applications, BRC claims their loss of business is both substantial and unjustified. They believe no such process or situation was outlined in RIA.

However, USCIS was adamant that RIA was a comprehensive repeal of the previous RC program, and as such all RCs must go through an inaugural designation process. USCIS supported their stance with remarks from Senator Chuck Grassley, one of two sponsors of RIA, who stated on the Senate floor: “The bill…formally repeals the pilot program created by Congress in 1992 and codifies in its place a new regional center program reflecting a number of reforms.”2 He then clarified that “All EB-5 regional centers that operated under the lapsed and repealed pilot program will be expected to seek a new regional center designation.”3

The presiding judge, Judge Chhabria, requested each party to submit a Supplemental Brief ahead of a secondary hearing.

In their brief, USCIS argues that RIA is “an explicit, substantive repeal of the old program”4 and that ““repealed” within the Reform and Integrity Act means repealed.”5 USCIS claims that “Behring’s true disagreement is not with the way USCIS is implementing the Reform and Integrity Act, but with Congress for repealing the old Regional Center Program and how the Act actually implements the integrity provisions that Congress wants in place going forward.”6

Meanwhile, BRC argues that USCIS’s interpretation of RIA has resulted in “substantial and quantifiable economic harms.”7 This notion was previously alluded to during the initial hearing when Judge Chhabria stated, “I mean Behring Regional Center doesn’t have some like, you know, natural right to exist and get money through the federal government to engage in economic activity.”8 However, BRC buckled down on their claim via the brief: “BRC has “no viable way to remain in business” absent regional center authorization… USCIS has now made an arbitrary policy decision to protect the existing investor and destroy the existing regional center.”9

BRC also brought up the issues of legislative history and intent while challenging USCIS’s guidelines regarding RIA:

“As the legislative history makes clear, the intent of the Integrity Act was to reauthorize and strengthen a productive and valuable program that provided investment opportunities, job creation and a clear path to citizenship…Repeal cannot be read without the context of the rest of the statute. And the subsequent actions and statements by USCIS that arbitrarily attempt to protect investor petitions while destroying current regional centers only compound its misinterpretation.”10

During a secondary hearing on June 2, 2022, the judge heard from both sides as they made their arguments and analyzed the wording of the statute, as well as the legislative history of RC reauthorization. Judge Chhabria called it a “stretch” that Congress “plainly intended for [RCs] to continue to be authorized,” and rather felt that the “statute is silent and ambiguous” regarding this issue. Judge Chhabria even went so far as to say: “The agency may have committed legal error by being way too quick to assume that the language [of RIA] means that Congress requires us to treat the RCs as having been deauthorized.”

Both sides discussed the RIA language which states that previously approved Business Plans, including those filed for RC projects, “continue to be approved and continue to be binding.” BRC believes this is “pretty good evidence that Congress didn’t rip up the RC license” and that grandfathering Business Plans is indicative that the designation status of those underlying RCs should be grandfathered as well. USCIS countered this claim by stating that the relevant RIA language was intended to protect investors, not RCs. They state: “[The statute about Business Plans] is designed purely to help individual investors.” USCIS claims that BRC is “continuously conflating themselves with their investors. At the end of the day, the investors are the ones that have the I-526 petitions, the I-829 petitions with USCIS.” USCIS felt as though BRC was advocating as if they were an individual investor, and thus citing legislation which does not directly pertain to them. USCIS clarified that the designation language is “agency lingo” to protect the “propriety of the program, the integrity of the program itself,” which is why Congress “bent over backwards” to use grandfathering language to protect the investor – not the RC.

The second hearing concluded with Judge Chhabria asking each party to submit a 10-page brief on what the relief would be should he rule that the statute is “silent at best.” Judge Chhabria entertained the idea of assuming “the light is on” for previously designated RCs to operate until the issue is cleared. He also proposed reauthorizing only BRC, the plaintiff, rather than all 600+ RCs.

A second, more comprehensive lawsuit against USCIS was filed on May 24, 2022, by five of the leading EB-5 Regional Center Operators along with the EB-5 trade organization Invest In the USA (“IIUSA”), citing similar claims to BRC and retaining Klasko Immigration Law Partners and McDermott Will & Emery LLP to act on their behalf.11 Many sentiments of the first lawsuit are echoed here, with the plaintiffs alleging that USCIS acted unlawfully by suddenly requiring every RC to be reauthorized. Their contention is also directed toward Congress and the plain meaning of the recent bill, citing Congressional intent in enacting RIA. The lawsuit states: “Congress enacted the Integrity Act expressly to shore up the Regional Center Program and enhance the Program’s oversight—not to destroy it and presently remove any regulation of the billions of dollars of EB-5 capital already invested.”12 They also calculate that “At current processing rates, it will take well over a decade for more than 600 programs to become re-designated.”13

Of note is the funding by the five operators and IIUSA of the amicus curae brief filed on behalf of BRC in their separate suit against the USCIS, adding in a joint statement that “we believe a global ruling in the [BRC] case could serve the industry at large and is worthy of our support.”14

While we await further actions on both of these pending lawsuits, it is evident that consensus is hard to reach. Judge Chhabria himself even presented several possible solutions before asking the plaintiffs and defendants to write briefs on the potential outcome of his ruling.

To listen to an in-depth analysis and expert opinion of this situation, subscribe to our website to catch our forthcoming podcast episode where our attorneys sit down with John Pratt, Esq. (Kurzban Kurzban Tetzeli & Pratt) to offer expert insights into both of these lawsuits and possible consequences!