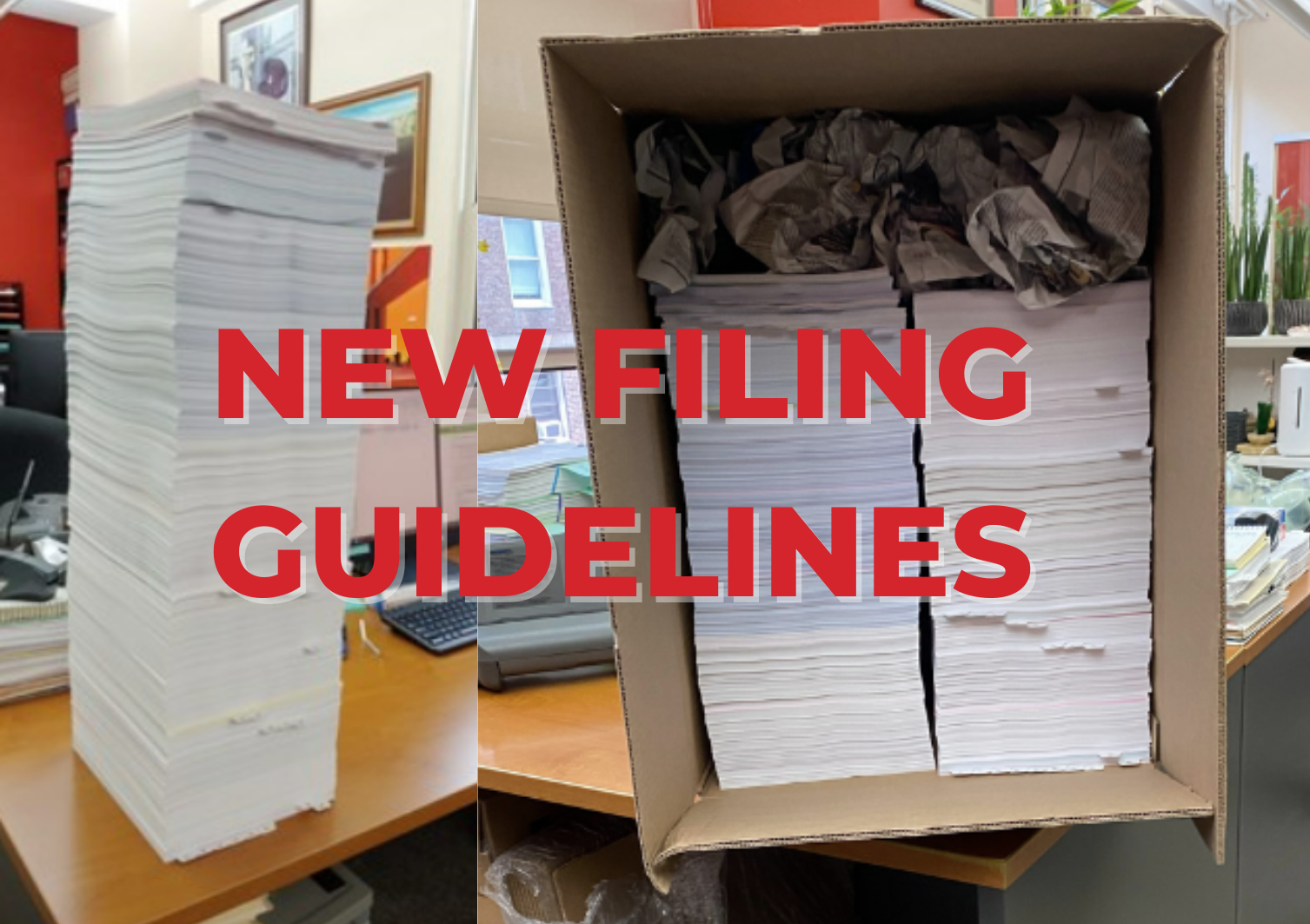 United States Citizenship and Immigration Services may not immediately come to mind when one thinks of the word “high-tech,” but the agency is taking a turn for the electronic to speed up the evidentiary submissions process – and EB-5 practitioners would be wise to comply.

EB-5 filings in particular are large and unwieldy. It is not unknown or uncommon to file multiple packages containing 93+ lbs. of documentation, neatly stacked and delivered via trolley to FedEx for shipping. The reason being is that project documents – consisting of, for example, private placement memoranda, business plans, loan agreements, lease exhibits, and architectural exhibits – are traditionally bulky. The recent enactment of the EB-5 Reform and Integrity Act has brought on additional requirements, all adding to the paper bulk. Factor in the sizable expense (often passed on as fees to clients) of printing and shipping the documents, and you’ve got a costly, time-consuming burden for EB-5 firms and immigrant investors to address.

It seems that USCIS has finally noticed this problem. A recent email to such firms from the agency outlined a number of now-frowned-upon items to submit – all of which are regularly included in response to Requests for Evidence and other USCIS communications. The email’s subject line, “Recommendations for Paper Filings to Avoid Scanning Delays,” points to the agency’s effort to “move toward an increasing electronic environment.” According to the email, the transition, aimed at improving the speed and efficacy of the document-submission process, could be streamlined with the help of EB-5 law firms.

The list of items USCIS recommends not to submit is long and specific. They include staples, paper clips, and binder clips; photos – other than any passport photos requested by USCIS – or documents smaller than 4×6 inches (although photocopies are OK); and anything that has electronic chips and batteries. The agency also urges firms to avoid including non-paper materials such as cassette tapes and CD-ROMs, though photos or photocopies of them are acceptable.

Yet the list doesn’t stop there. Other items to eschew include documentation bound with bindings or spiral wire; photo albums, scrapbooks, or greeting cards; sticky notes (such as Post-its); and insertable tab dividers. USCIS also would prefer that firms do not fold documents, use colored paper for printed forms, or include more than one copy of the same document or evidence unless mandated to do so. (In the latter case, each document copy should be marked as “COPY” at the top of each page.) Finally, USCIS advises firms not to send original documents, including birth and marriage certificates, driver licenses, and passports – unless required or specifically requested by the agency.

Overall, the burden of providing hefty submissions packages to USCIS extraneous items clearly has been alleviated for EB-5 law firms, which have long been saddled with the arduous task of collecting, separating, and attaching unwieldy, bulky, and sensitive items for evidence. Given the fact that EB-5 submissions could include 100 investors, the expenses for firms and their clients could reach thousands of dollars. So the process has not been budget-friendly, to say the least.

Not surprisingly, the EB-5 industry welcomed the USCIS guidance, though it remains to be seen whether the agency will ultimately go entirely digital. It’s certainly hoped that USCIS in the future will go green by dispensing with all tangible, printed documentation and opting for a fully digital submissions process. But that step may be a long time coming.

Until then, the EB-5 landscape will proceed as usual … though with a more bearable lightness of submitting.