Senate Pass S.386: Another Roll of the Dice for Eliminating Per Country Quotas? 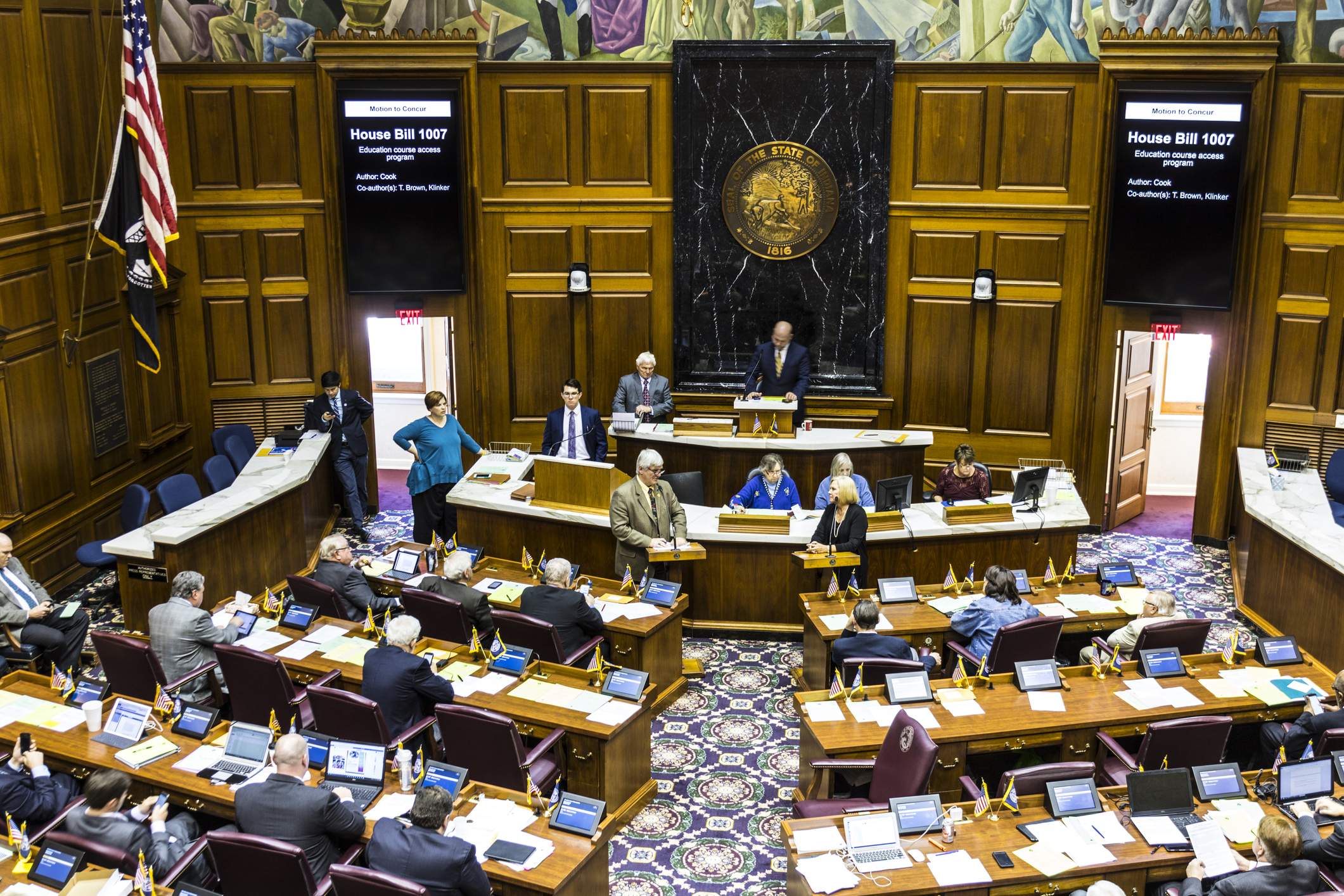 Senate Pass S.386: Another Roll of the Dice for Eliminating Per Country Quotas?

Here we go again on another session of the legislative merry-go round that is the 116th Congress!  As Senator Mike Lee (R-Utah) snuck through S.386, which is an amended version of H.R.1044 that passed the House in July 2019, EB-5 Stakeholders catch their breath yet again.  As we wait and watch the legislative bluster (this legislation has been around in one form or the other since 2011), this cynical posture to the Big Tech donors with deep pockets is unlikely to pass into law, at least in the present session, for several reasons discussed below.

As I wrote last October[1] H.R.1044 – “The Fairness for High-Skilled Immigrants Act of 2019” is anything but fair!  H.R.1044 would eliminate caps that prevent any one country from receiving more than 7 percent of green cards for highly skilled workers. These caps were put in place to guard against the monopolization of the green card process by a few larger countries. While eliminating the caps would reduce the backlog for nationals from large countries, like India and China, it would shift that backlog onto nationals from smaller countries—adding years of delays, preventing new talent and would certainly be the death knell to the EB-5 program.

Next Steps to Becoming Law:

The present version of the bill is certainly not the same as the House counterpart, H.R.1044. The amendments will cause the bill to be sent back to the House for approval. Thereafter, Senator McConnell and Speaker Pelosi would be required to set up a special conference committee with members from both House & Senate to come to an agreement.

S.386 contains amendments that are controversial and would in all likelihood prevent reconciliation with the House version. The amendments take the bill well beyond simply dealing with the per-country cap issue.  S.386 creates a new form of legal status called “early filing,” which would allow foreign workers arriving on a long-term temporary visa to stay, regardless of annual limits on employment green cards, as long as there was a bona fide job offer. Not an ideal situation for US workers furloughed and laid-off following COVID-19 closures! In addition, the bill would drastically restructure the green card and immigrant visa distribution system to allow a larger share of the limited visas for citizens of India and China, countries that already receive the most green cards.[2] Further criticisms of the bill include the fact that it does not include reforms to ensure that the new workers are highly skilled or highly paid; rather it would encourage more employers to lower their labor costs by hiring foreign workers who gain access to the labor market by obtaining a temporary visa. In addition, the legislation includes broader restrictions for foreign nationals who have been affiliated with the Chinese military or the Chinese Communist Party, curbs on green card sponsorship for H-1B dependent employers, and limits on the number of green cards available to H-1B visa workers.

U.S. Rep. Zoe Lofgren (D-Calif.), who chairs the House Immigration and Citizenship Subcommittee and authored the original bill, has already declared her lack of support for the amended version: “While I recognize the sincerity of all Members and Senators struggling to find solutions, unfortunately the provisions sent to the House by the Senate yesterday most likely make matters worse, not better. I plan to swiftly and thoughtfully work with my colleagues to resolve outstanding issues and get a measure across the finish line that can pass both Houses of Congress.”[3]

Rep Zoe Lofgren may simply not have the time to complete the task she has set out to accomplish.  After the conference committee resolves any differences between both House and Senate versions of the bill, each chamber must vote again. With only 8 days left in the current session and more pressing matters such as a much-needed stimulus bill, lawmakers just do not have time to iron out the amendments. Unless the bill can be included into the 2021 appropriations bill or a continuing resolution, it is more likely that this legislation would die and efforts would have to begin all over again with a new Congress and new Administration sworn in on January 3 and January 20, 2021.

If against the odds, a final bill did make its way to the President’s desk, the bill, as it stands moves farther away from the President’s favored merit-based process. Also, by allowing companies to replace American workers with guest workers, it is doubtful the President would sign it into law.[4] “The president has to be inclined to sign this type of bill,” said Nair, a partner at Greenspoon Marder LLP in Edison, N.J. President Trump isn’t likely “to sign anything into law that will help legal immigrants get green cards faster.”[5]

Immigration lawyers have long since argued that such measures as in S.386 would create even bigger problems for employment-based immigration: Ira Kurzbaan stated: “…high skilled workers in other areas — like health care and medical research, two areas of great significance to the nation — will be shut out of residency for well over a decade. Potential new Americans in basic science, engineering, chemistry, physics, artificial intelligence, climate change and many other fields who are not Indian nationals will be discouraged from ever coming to the U.S — people working to cure cancer and Parkinson’s, to fight climate change and create whole new industries.”[6]

In addition, the impact on the EB-5 industry would be momentous. At a time when the United States needs a significant boost in its economy, something the EB-5 Program is well situated and equipped to provide (as it has in the past)[7], a bill such as S.386 would handicap the program and its ability to maximize its potential and to meet its congressional intent.

Cynically, given the significant push from Big Tech and corporate interests, it is safe to predict that the battle lines will be drawn again as this legislation is likely to reappear in 2021.

[2] More specifically, citizens of India and China would be guaranteed 85% of all employment based green cards in the first year after passage, and 90% in the next two years. In comparison to the present quota of 20-25%, with a waiting list of more than 600,000 people (including family members), according to USCIS records.

Mona Shah, Esq. U.K. born, Mona Shah is a dual-licensed attorney and former British Crown Prosecutor. Shah has over 27 years of legal experience with extensive knowledge of all facets of U.S. immigration law. Recognized as one of the industry leaders in EB-5, Shah has received many accolades for her work, including being voted a top 25 EB-5 attorney in the U.S. six years in a row; Top lawyer by Who’s Who International; and Top attorney of North America. A part-time adjunct professor at Baruch College, Shah is also a published author, a Lexis Practice Editor and co-editor of the Trade & Invest magazine (BLS Media). Shah regularly speaks worldwide and has been interviewed by mainstream news channels, including Fox Business News and Al Jazeera, and quoted in major newspapers, including the New York Times and Bloomberg. Mona hosts and produces EB-5 Investment Voice Podcast series (130+ episodes). Shah is a member of the Presidential Advisory Board and Public Policy Committee of IIUSA.