Move over Regs, the EB-5 Bill is Alive and Kicking! 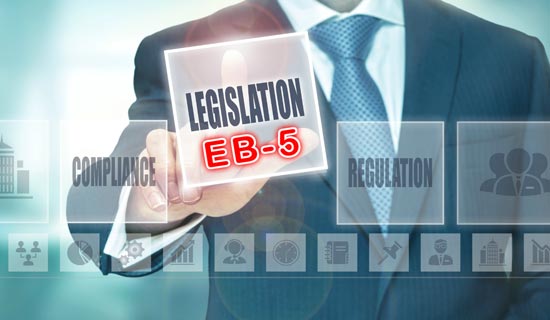 Move over Regs, the EB-5 Bill is Alive and Kicking!

The mad scramble to locate, persuade and file EB-5 investor cases before USCIS’ regulatory changes come into effect on November 21 continues.  Spurred on by pessimistic predictions about the state of the EB-5 industry, it is easy to overlook the fact that efforts to obtain legislative reform have progressed significantly. The pending statutory program extension coupled with much needed legislative reform efforts, remain energetic, profound and positive. The various groups within the industry, IIUSA, EB-5 Investment Coalition (EB5IC), the US Chamber of Commerce, the Real Estate Roundtable, and the Rural Alliance have overcome past hurdles and agreed on policies such as TEA designations, investment differentials, integrity measures, derivative relief, and of course a long-term re-authorization.

Such unprecedented unity gives the EB-5 Industry a powerful political advantage; this is manifesting itself in pending legislation that has bipartisan support from both Chambers of Congress.[1]

“The key to continuing and strengthening the EB-5 program is legislation; a new reform bill that not only extends the program, but makes it better in ways regulations cannot, including strong integrity measures and a rural set aside initiative. We look forward to working with our friends in Congress to make all this a reality” – Aaron Grau, Executive Director of IIUSA. Only legislative reform can bring relief to the backlog for some countries.

It is time to offer our support to Congressional supporters of the EB-5 program! EB-5 projects were responsible for over $10 billion of capital investments during 2014-2015 alone, with more than 355,200 reported jobs created.[2] This economic stimulation and job creation does not benefit a party line or advantage specific groups, but benefits the country as a whole by increasing foreign direct investment and burgeoning domestic markets from inbound investments through increased development.

Hakeem Jeffries for EB-5!: As part of the final push and on behalf of the EB-5 industry, MSA is spear-heading a campaign to support Congressman Hakeem Jeffries.  As an EB-5 proponent and an important ally in the House of Representatives, Congressman Jeffries has proven to be an avid supporter of immigration reform; previously collaborating with the New York Immigration Coalition and the Fair Immigration Reform Movement in his efforts to bring comprehensive changes to the U.S. immigration system.

Call to the EB-5 Industry: please support the Cause.
Join us: https://mshahlaw.com/wp-content/uploads/2015/04/Event-Invitation.pdf