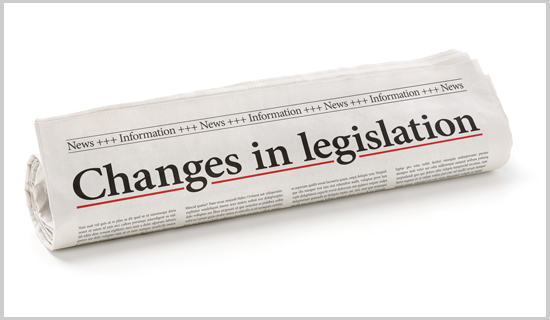 Will we finally see change in the EB-5 space? Discussions about what the future of EB-5 would entail have abounded for years now, but it seems we finally have some clarity on the state of proposed reforms. IIUSA met with Republican negotiators and recently released new proposed EB-5 legislation that would fund the Regional Center program through to 2023.

Unacceptably, we were given very little time to digest and comment on the 55-page bill. On the surface, it seems that the bill will make drastic changes to the program as we know it, but in reality, much will remain the same. Most notably, the minimum investment amount will be raised from $500,000 to $925,000 for investments in Targeted Employment Areas (TEAs). However, the maximum amount will only be raised to $1,025,000, rendering the TEA incentive essentially meaningless. To counter this, legislators have included new categories that will qualify for additional incentives, such as visa set asides; but the only tangible effect of this change will be to reduce the availability of general EB-5 visas and prolong the wait for everyone already in the queue. This does not bode well for investors from China or Vietnam. Additionally, the filing fee for Regional Center projects will be increased – which will be particularly burdensome to smaller regional centers. There are numerous other technical changes included within the text of the legislation, but precisely how these will be interpreted and applied by USCIS is still unclear.

Unsurprisingly, social media sites have reacted negatively to the news.  EB-5 Sir, the curator of the most popular Chinese sites with the largest media platform on EB-5 on WeChat, retaliated with: ” Why Do I Oppose the EB-5 Reform Act”. The article attacked the obliviousness to current investor’s interests, and the de facto retroactivity caused by the visa set-asides that would only prolong retrogression for Chinese Investors.  It was always unlikely that any proposed legislation would satisfy both sides of EB-5’s diverse spectrum. Notwithstanding this, Suzanne Lazicki’s eloquent comment certainly sums up the situation:

“Congress was originally energized for EB-5 reform because they didn’t like seeing most EB-5 dollars flowing to already well-capitalized projects in already well-capitalized areas. That status quo has little to fear from this legislation. Luxury real estate will keep its top spot if this passes, and we’ll still have Chuck Grassley and the media shaking their fists…The EB-5 Reform Act is lobbying money well-spent for a few:”[1]

Most importantly for investors, the legislation further cites an intention for USCIS to place a 4-month moratorium on I-526 Petitions from the date of enactment.  This will mean that NO new EB-5 petitions will be accepted after the bill is signed by the President (likely March 23rd), for four months. It is not clear (and probably unlikely) that USCIS will make any exceptions for emergency situations such as the age out of children.    During this time period USCIS will attempt to clear the current backlog they have, and train employees on new legislation and policy.

Essentially, if investors still want to take advantage of the current EB-5 climate they have only 2 weeks to file I-526 petitions.  The risks that come with delaying are: 1) the new bill is approved and becomes law, and they cannot file until after July 23rd at the higher amounts, or 2) the USCIS proposed regulations take into effect instead; raising the minimum amount to $1.3 million and invoking other legislative changes such as centralizing TEA designations at USCIS, and away from states/localities, I-526 portability and making a few additional technical changes to take into effect sooner rather than later.

Investors should look to file their I-526 Petitions immediately, as the current EB-5 landscape as we know it is finally coming to a close.  We will continue to keep you up to date on any new developments as they become available to us.

Below is a brief summary of some of the changes:[2]

Mona, an adjunct professor at Baruch College, CUNY University, has authored numerous articles, a published book for investors, co-edited EB-5 Gateway (BLS) and is a recommended author with Lexis Practice Advisor. Mona is regularly invited to speak worldwide, has been interviewed by mainstream news channels, including Fox Business News, Al Jazeera and quoted in major newspapers, including the New York Times.